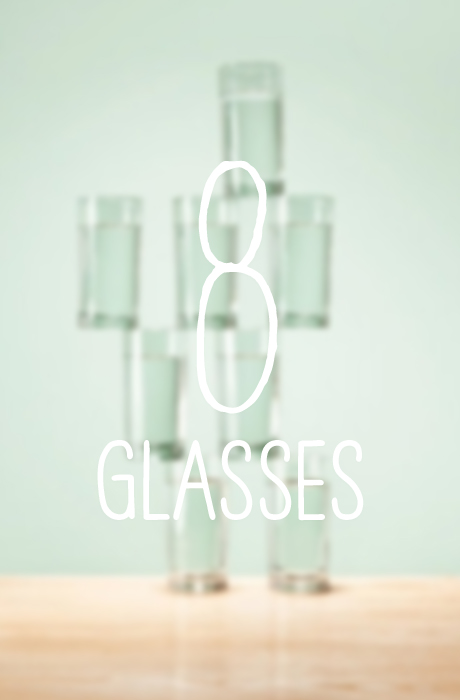 It Boots Metabolism: Drinking water can boost your body’s ability to burn fat. A study published in the Journal of Clinical Endocrinology and Metabolism found that drinking water increases metabolic rate by 30% in healthy men and women. The boost occurred within 10 min. but reached a maximum 30-40 minutes after drinking. Plus, even mild dehydration will slow down metabolism by as much as 3%.

It Safeguards Your Heart: Drinking a good amount of water could lower your risk of a heart attack. A six-year study published in the American Journal of Eidemiology found that people who drank more than 5 glasses of water a day were 41% less likely to die from a heart attack during the study period than those who drank less than 2 glasses. Bonus: Drinking all that water may reduce cancer risk as well. Research shows that staying hydrated can reduce risk of colon cancer by 45%, bladder cancer by 50%, and possibly reduce breast cancer risk too.

It Prevents Headaches: Migraines – in one study published in the journal Neurology, scientists recruited migraine sufferers and divided them into two groups: one took a placebo, the others were told to drink 1.5 liters of water (about six cups) in addition to their usual daily intake. At the end of two weeks, the water group had experienced 21 fewer hours of pain than those in the placebo group, as well as a decrease in pain intensity.

It Boosts Brainpower: Your brain needs a lot of oxygen to function at optimum levels, so drinking plenty of water ensures that it’s getting all it needs. In fact, drinking 8 to 10 cups of water per day can improve your levels of cognitive performance by as much as 30%. Research shows that a dehydration level of just 1% of your body weight reduces thinking functions.

It Keeps You Alert at Work: Dehydration is the single most common cause of daytime fatigue, so if your afternoon slump is more like a desperate need for an afternoon nap, guzzle a glass of water. Just a two% dehydration level can trigger short-term memory problems and difficulty focusing on a computer screen or printed page.  Source: Elizabeth Goodman Artis
Tweet